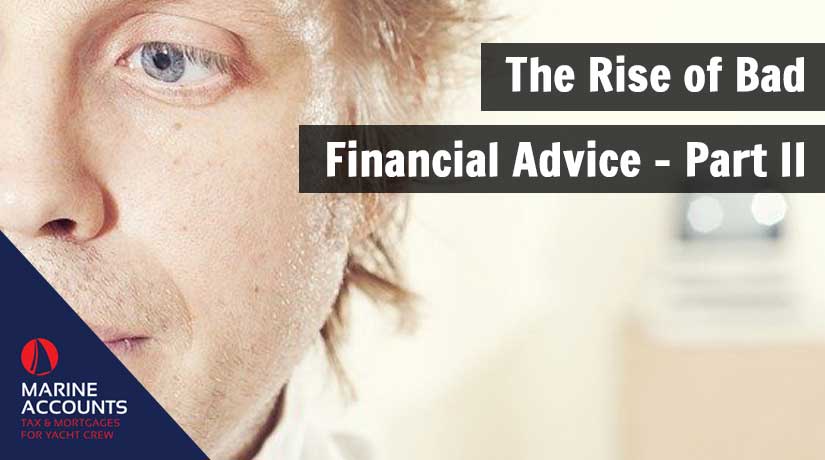 Here is the eagerly anticipated update to our Financial Crime Saga.

What we discovered since publishing our last article is truly disheartening.

The story of Riley Gibson is one that needs to be told, and we sincerely hope that you all take stock of this before committing to any future financial investments.

In early 2017, I personally introduced Riley to Oliver Maher of UAM.

At the time, the relationship between our two companies was one of honesty and respect, and we had no cause to suspect any impropriety on their part.

Riley decided to invest in a 10-year plan through UAM with Nexus Global in the hope that it would provide him with a return and financial security for his future.

Sadly, this is not the case and now, due to medical reasons, Riley needs this money more than ever.

This is what he has to say:

"I haven't contributed for about six months but I’m trying to figure out how to get the funds out now. I've deposited about $51,000 over the years and it's currently worth $46,000 but if I take it out I’ll only receive about $19,000 back. I could really use the money right now for medical reasons.”

We are working with Riley to affect a positive outcome but, since his plan is so heavily indemnified with commission for the adviser, he is unable to get all of his funds returned, just when he needs it most.

For those of you who can relate to Riley’s story, you will no doubt be aware of the skill of these particular advisors in delaying the progress of a complaint.

By way of comparison, we contacted a number of financial advisory firms operating in the yachting industry to clarify their individual complaints procedures. 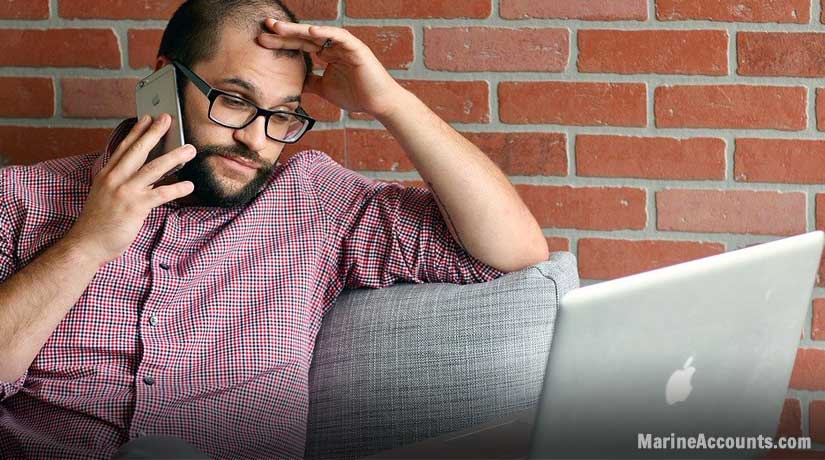 One of the first advisers to respond to our request was Tim Reedman of Reedman Wealth Management.

Tim was eager to provide a quick and clear explanation of the process to be followed in the case of any issues arising for clients with regard to products he or his company have provided.

"When you feel that an answer to an issue you have with your adviser has not met with your satisfaction, you should register your complaint with them either orally or, better still, in writing”."

His statement which can be accessed here in full, explains that the grievance will then be passed to the firm's compliance department for review before an internal ruling is made.

If a satisfactory agreement is not achieved, those dealing with UK based financial advisers (such as this one) are in the fortunate position of having a clear and robust process laid out by the Financial Conduct Authority (FCA).

The FCA assumed responsibility for the conduct of UK firms in April 2013 and has since made great strides to establish a simple and easily process for recourse.

As described in Tim’s statement, those who are not satisfied with the resolution of the company’s internal process can contact the UK’s financial ombudsman who will manage the process going forward.

Speaking on the obligations of Independent Financial Advisers (IFA’s) the UK ombudsman said:

"In addition to providing an explanation of the nature of the investment, the adviser has a responsibility to ensure it was suited to their (the client’s) circumstances and requirements."

UK cases taken beyond the internal process of your adviser will be presided over and judged on this basis, and the ruling is legally binding.

Unfortunately, for those of you dealing with companies which have elected to be regulated in jurisdictions which are less stringent, you may not be so lucky.

This was the case for many of those who got in touch with us after reading our previous article.

One individual, who we will refer to as "Crew Member 1" told us the following:

"I have fallen for these vultures a while back. I was sold a Generali policy for 15 years. After seven and a half years, I started hearing about people surrendering their policy because it was not making money. Last year I delved into what was happening and saw that, indeed, it was not making any money. In fact, I calculated that if I continued to pay until the full term and keep it going the same as the previous seven years, I would make no profit - maybe even a loss. I doubled checked this with an independent financial advisor in the UK and as a professional he could not slander the company and policy, but simply said that they could do a much better policy. The pause when I asked how mine was doing said it all. On surrendering the policy, I lost tens of thousands in charges and commission. A very upsetting time."

After speaking with us on the phone, Crew Member 1 gave a further written statement which you can find here.

Their experience clearly highlights the lack of understanding among crew regarding the term for which they are obliged to contribute.

Paul Evans, Director of United Advisers Marine (UAM), which has long been involved in the sale of the Generali policy, was also open to discussion around the procedure that his company has in place.

Prior to 2020, UAM was regulated in Luxembourg by the Commissariat aux Assurances (CAA) but has recently moved to a position of regulation in Gibraltar on a platform provided by Nexus Global (NXG).

During initial conversation, Paul advised that complaints regarding policies agreed before 2020 would be dealt with solely within the internal framework of UAM.

However, he later confirmed that NXG would expect to be notified of all complaints no matter when a policy had been agreed.

Since the Director of UAM struggles to clearly explain their own complaints procedure as recently as 7th October 2020 (as per the transcript of our email exchange which can be found here), it is not surprising that clients looking to raise an issue will experience some difficulty in doing so.

Another crew member, Abbie Manning, was initially approached by Oliver Maher of UAM.

She entered into an agreement for the Providence plan, very similar in terms to the Generali policy, which the company sell to many yacht crew.

Given that Abbie had explained a short-term goal of raising funds to invest in an eco-friendly camping business, a subsequent discussion with a third party raised the question as to whether this product met her needs.

She looked into it further and began to fully understand the term for which she was required to contribute.

She immediately contacted Oliver to request a stop on the next payment but, despite following the process which Oliver himself had recommended, the payment was still taken.

Fortunately for Abbie she was able to recover this final payment by contacting her bank and providing evidence that the payment had been taken without her consent.

Looking objectively at this situation, we feel it’s reasonable to question the intentions of a company which decides initially to be regulated in a jurisdiction with no ombudsman whatsoever, later moving to a position of regulation by a different ombudsman whose rulings and recommendations are not legally binding.

In practice, this leaves clients unable to recover contributions made to policies which may have been mis-sold.

Mark Roussow, another of UAM’s clients, was also keen to share his story having read our previous article.

Mark explained that during initial conversations with UAM, he made it clear that he wanted to invest over a short-term period and would need access to his funds as cash throughout.

When the time came to withdraw cash, Mark got in touch with his contact Elliot Krauze, only to be told that withdrawing funds was not an option.

Elliot forwarded the document which Mark had signed to engage the services of UAM.

Whilst Mark does accept that he signed it, he was adamant that it was not a true reflection of his understanding or the verbal agreement made.

Mark’s payments are currently frozen as he considers his options.

While UAM have claimed that his investment currently carries an increase in value of 7%, the €22,000 he has already contributed would be surrendered for just €1,400.

Unfortunately, the common theme emerging is a huge disparity between what UAM’s clients are led to expect and the returns they realise in reality.

While the correspondence we received from crew following our previous article relates solely to the conduct of UAM, we decided to contact a number of other prominent financial advisors operating in the yachting industry.

John Geddis of Robusto Asset Management was quick to respond and was able to clearly explain the complaints procedure with his firm.

The process he described is similar to that of most financial advisory firms, wherever they choose to be based in terms of formal regulation.

How We Can Help

Taking stock of all the individual cases we are aware of, we are keen to assist any crew who have been in receipt of bad financial advice.

If you would kindly complete the complaints form, we will help to advance this on your behalf.

Our article may suggest a bias against UAM, but we have merely presented our findings, all of which have been checked and fully substantiated.

Unfortunately, there is now such a volume of evidence against this company that any attempt to maintain a neutral position has been rendered impossible.

For those of you reading this, we hope the information provided will encourage more caution when committing to any future investments.

Together we stand and divided we fall. 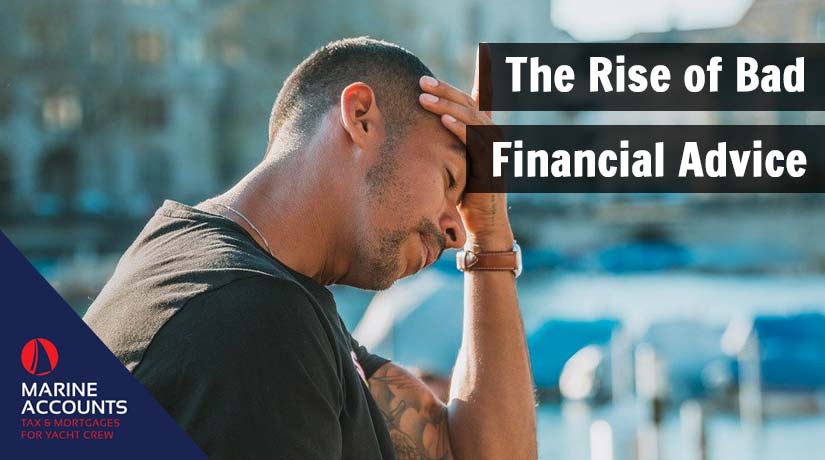 There is a new gang of financial villains in town, sharper dressed, with slightly better sales patter, but the crime has not changed. The financial products and services that are being sold are not worthy of investment and unfortunately our clients are losing significant amounts of money as a result. We are here to give these victims a voice.

In the eagerly awaited second part of our financial crime saga, we look deeper into numerous situations where crew members have been the unfortunate victims of poor investment opportunities, sold at the hands of rogue financial advisers. What we uncovered was extremely revealing and truly disheartening.