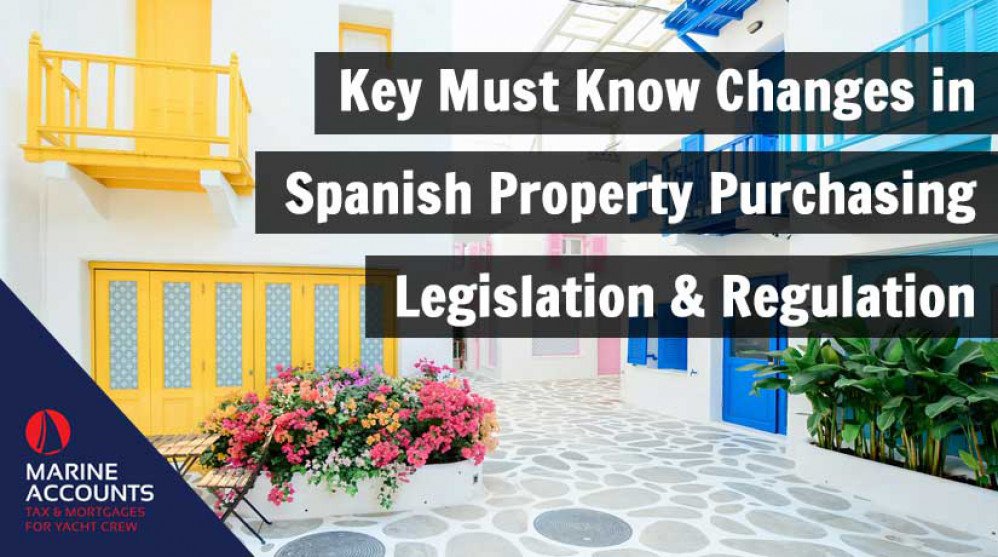 The global financial crisis of 2008, which was partly due to excessive risk taking and irresponsible lending from many financial institutions (amongst other factors), hit mortgage lending hard.

This sparked an overhaul in the way these institutions and banks were allowed to conduct business, with consumer protection at the forefront.

As a result, the EU Mortgage Credit Directive was introduced.

In this article, we look further into those changes and how they may affect your ability to take out a mortgage and buy a Spanish property.

Read on to discover more or use the links listed below to jump to a chapter of your choice:

The UK responded more quickly than some of their counterparts in the other European countries.

The regulators introduced a variety of changes to protect the consumer from poor sales practises and inadequate affordability checks within financial and lending institutions.

This was further supported by the Mortgage Credit Directive, which is an EU framework of conduct rules for mortgage lenders.

The framework was implemented in the UK by the Financial Conduct Authority in March 2016.

Not all countries, including Spain, reacted with this same speed or acceptance.

As a result, this led to action being taken by the European Commission.

This manifested itself in a referral to the Court of Justice of the EU for all European countries, which had not yet validated the Mortgage Credit Directive in their National legal systems.

The bill for EU Mortgage Credit Directive was eventually passed by congress in Spain in late 2018 to introduce new rules to lenders and intermediaries, and to introduce practical considerations for purchasers.

So how did this impact on those buying property in Spain?

Below sets out a summary of the key points of the legislation:

This was enacted so purchasers can easily understand and compare mortgage offer terms and conditions.

This has been achieved through the introduction of the FEIN and the FAE.

These are standardised information documents setting out the key elements and conditions.

Prior to completing the mortgage loan, the purchaser will also have a free meeting with a notary where the questions are asked (a test) to ensure this documentation has been provided.

If the test is not passed, then the mortgage will not complete until it does.

Legislation has been agreed that prohibits the lender from delaying the repayment of a loan and timescales have been set from the request of the borrower.

In addition to this, repayment fees can only be charged in certain circumstances and must not exceed any loss the bank may incur from any early repayment.

Clauses have also been introduced which make it easier to move to a fixed rather should a variable rate have been chosen at the outset.

Any action taken by the bank to terminate the agreement due to failure to make payment is dependent on the time the loan has been held.

In the first half of the agreement, the equivalent of 12 months payments must be outstanding, increasing to 15 months in the second half giving the consumer additional time to rectify the situation if possible.

Restrictions have been introduced on the lender insisting on additional products being taken with the mortgage (home insurance, life assurance etc).

Where products must be taken, such as buildings insurance, then the purchaser must be allowed to look for alternatives.

When buying a property in Spain, it is important to be able to evidence to the banks that you have not only saved the sufficient deposit, but also that you have the funds available to meet all the costs involved.

With the changes to legislation that were introduced at the end of last year, the costs involved have been reduced in favour of the client.

After a challenging case in Supreme Court with the officials changing their minds on various occasions, it was eventually concluded that the Mortgage tax (AJD) would need to be paid by the banks going forward (10th November 2018).

Although there is an argument that the cost will be passed on in an increase to mortgage interest, it still leaves the purchaser in a stronger position when buying due to lower up front costs.

There are many other elements to the legislative changes such as regulation of multi-currency/foreign mortgages and intermediaries, restrictions on detrimental changes to interest rates, and the removal of the floor clauses allowing banks to place a minimum rate of 0%, which can be read in detail in the bill.

The bill has included many positive changes for the purchaser and has brought a protection that did not exist prior to the directive.

This has increased confidence in the consumer when buying Spanish property and moving to Spain, making it easier to seek out the best deals.

If you are thinking of purchasing in Spain, get in touch with us to access professional mortgage advice.

If you have concerns about getting an overseas mortgage or buying a property in Spain, we would be happy to hear from you. Get in touch with us today or let us know your thoughts in the comments section below.

Liked this article? Try reading: A Seafarers Guide to Buying Property in Spain