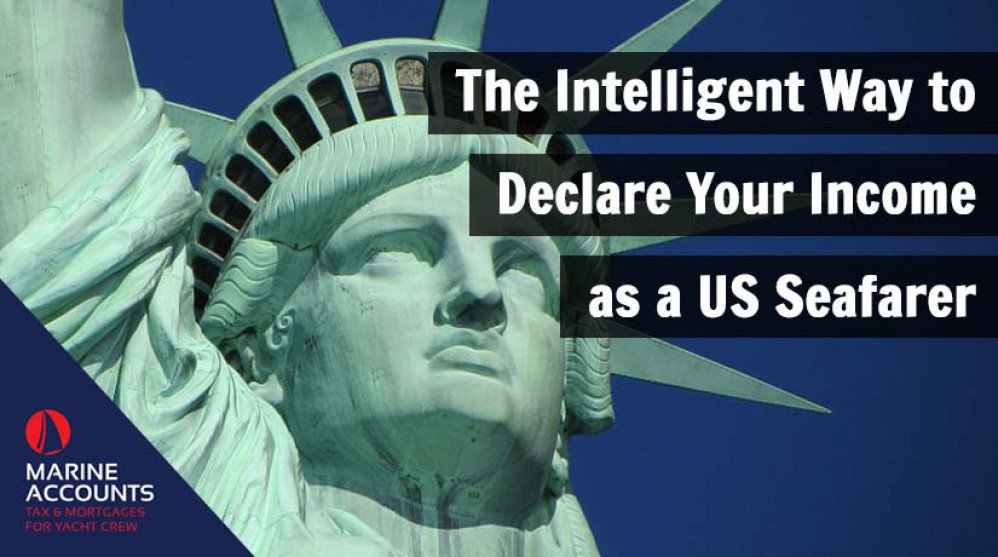 If you asked a cross section of yacht crew what it was about the yachting industry that keeps them coming back, we're sure most would say that it’s the travel and lifestyle.

But there are some who may be a little more candid acknowledging the financial benefits.

The industry unlike any other, affords crew the opportunity to save and invest so that when they choose to move ashore, they can afford to reinvent themselves.

The majority of crew who start working on yachts have come from jobs ashore where tax is deducted directly from their wages.

Suddenly they start working on a yacht, receive their salary in full each month and do not how to declare this income.

If more crew knew about their respective tax exemptions, we sincerely feel that more would declare their income.

In this article, we uncover the benefits of tax fee income for US citizens whilst working on a vessel and the correct ways to claim this exemption.

Read on to discover more or use the links listed below to jump to chapters of your choosing:

US seafarers are eligible for the Foreign Earned Income Exclusion (FEIE) which is a tax exemption for US citizens who live and work overseas.

The amount of income which tax relief can be claimed on increases annually in line with inflation.

However, before you invite all the crew forward for a party in the focsle and announce your resignation, the IRS require you to meet certain conditions to qualify for this exemption. 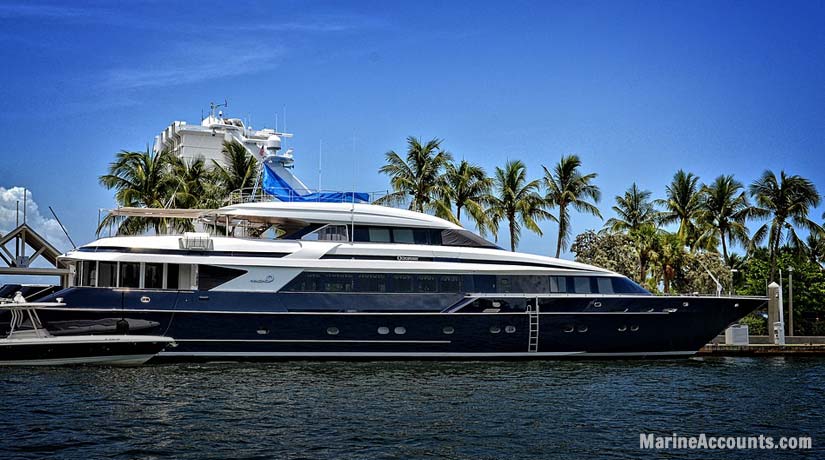 The FEIE can only be claimed if your 'tax home' is in a foreign country.

This is the place where you are permanently or indefinitely engaged to work as an employee or self-employed individual.

This test is normally not that difficult to meet, especially if you have moved to a foreign country with no definite plans to move back.

Your tax home will almost certainly have moved as well.

However, complications arise surrounding establishing a tax home in a foreign country when you consider this in the context of a yacht.

The term 'foreign country' is important to FEIE, but the code does not exhaustively define it which leaves it open to interpretation through established precedents.

The reason that some yacht crew choose not to claim this tax exemption is due to the fact that they do not believe that they are eligible for it.

This is largely due to the uncertainty surrounding whether territorial waters constitute foreign territory.

However, in Bebb (1961) the US Tax Court upheld this notion:

"It is petitioner's contention that being aboard a foreign vessel as a member of that vessel's crew is tantamount to being in the foreign country under which the vessel was registered, since petitioner was subject to the laws of that foreign nation and since he was traveling over international waters. Petitioner contends he was, therefore, present in a foreign country as required by the statute. Petitioner contends that the 510-day provision of the current statute is a modification of predecessor statutes and that Congress intended that physical absence from the United States for the required time be sufficient to bring individuals within the statute."

Individuals wishing to claim income tax relief under the FEIE must also qualify under two criteria. They being:

These tests are designed to ensure that your stay outside of the U.S is sufficiently lengthy to warrant your claim for the FEIE.

The Physical Presence Test (PPT) requires individuals to be outside of the US for at least 330 days during any 12-month period.

Any day spent traveling to or from the U.S. does not count as a day of physical presence in a foreign country.

If you meet the PPT, you can claim the FEIE for the parts of each tax year that fall within that 12-month period.

The amount of income you can exclude with the FEIE is pro-rated based on the number of days in the tax year that you qualify.

The Bona Fide Residence Test (PRT) requires that individuals establish a bona fide residence in a foreign country for an uninterrupted period that includes an entire taxable year.

If you move onboard a yacht and intend to make it your home for the foreseeable future (even if you intend to eventually return to the U.S. at some indeterminate point), then you will have established a bona fide residence and therefore meet the BRT.

Once the BRT has been met, then you are no longer restricted to only 35 days back in the U.S. each year.

You could spend several months back in the U.S. and still meet the BRT as long as you haven’t actually moved back to the U.S. and abandoned your residence in the foreign country.

The exact guidelines are lacking here, but it would be hard to argue that you maintain a bona fide residence in a foreign country if you spend more than 6 months each year in the U.S.

The FEIE is open to crew members who spend more than 330 days out of the US, work on foreign flagged vessels in foreign territorial waters and spend sufficient time on board their respective vessel to qualify under the BRT.

If you feel that you may be eligible for this exemption, you need to act and claim this.

The FEIE can also be claimed for previous years, so it would be advisable to start the year by choosing to tackle that nagging problem - tax!

If you have concerns about your income tax situation and whether you're eligible to claim the Foreign Earned Income Exclusion, we would be happy to review your situation and offer advice. Get in touch with us today or let us know what you think in the comments section below.

Email us directly using the link below: