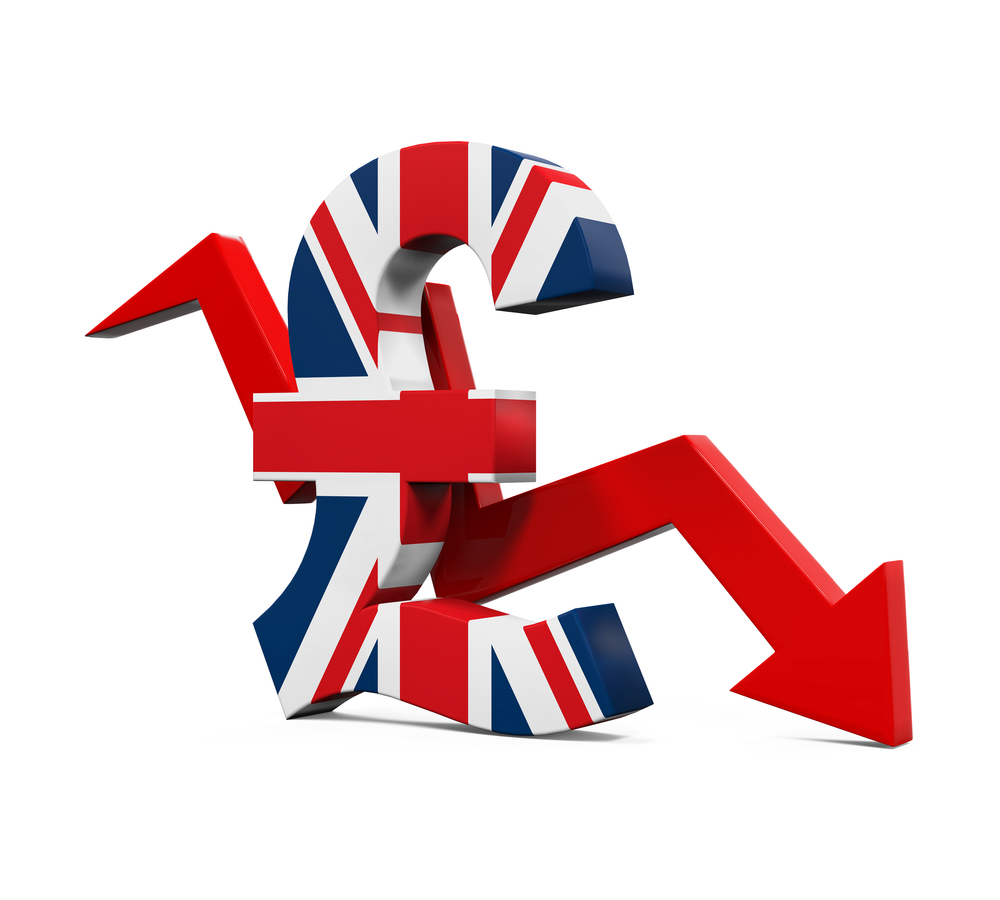 Sterling floundered for most of Monday’s session amid a lack of influential UK ecostats as news from the last few weeks weighed on the appeal of the British currency.

Most concerning for Pound investors was last Thursday’s news that the Bank of England (BoE) had introduced a thorough stimulus package, including not just an interest rate cut but also new quantitative easing and corporate bond purchase schemes. The news has already dragged UK Treasury yields to record lows. The pressure piled on Sterling by last week’s package could linger for the short-term to mid-term, as BoE officials have already made clear that the bank has the option of expanding easing if UK growth doesn’t improve sooner than expected. Some analysts are also still predicting that Britain could fall into recession, despite BoE Governor Mark Carney claiming that the country should now be able to avoid this.

Tuesday will see the publication of June manufacturing and industrial production reports, as well as a June update to Britain’s trade deficit. Perhaps more vital however will be NIESR’s July Gross Domestic Product (GDP) estimate, which will give investors an idea of the nation’s overall growth in July.

The Pound to US Dollar exchange rate lost around half a cent on Monday as the US Dollar continued to strengthen following last Friday’s impressive July Non-Farm Payrolls report. This trend continued on Tuesday as ‘Cable’ dropped below the key level of 1.30 for the first time since early-July.

There is something of a contrast in the US Dollar’s and Pound’s situations at the moment, with the BoE waiting to cut rates further on signs that the UK economy is not recovering and the Federal Reserve waiting to hike rates once downward risks die down. As a result, investors will be quick to sell off the Pound and quick to buy into the Dollar. Currently, markets bet an over 50% chance that the Fed will increase the US interest rate once before the end of 2016.

The Pound lost around a quarter of a cent against the Euro, with the currency slipping slightly with investors unsure whether or not to purchase Sterling from its worst levels. The Euro was slightly boosted by news that German industrial production had improved from -0.9% to 0.8% in June, bringing the yearly score up from -0.4% to 0.5%. This return to growth reflected the recent optimism towards the Eurozone economy’s surprising resilience.

Perhaps even more impressive was Sentix’s Eurozone investor confidence report, which improved from 1.7 to 4.2 going into August and heavily indicated that Eurozone investors had already shaken off Brexit-related woes and jitters. As a result, the Pound to Euro exchange rate neared a monthly low and continued to slide lower on Tuesday.

The Pound to Australian Dollar exchange rate lost around a cent and a half on Monday, as a bullish ‘Aussie’ continued to power ahead against most major currencies. With the Reserve Bank of Australia’s (RBA) August price cut still fresh in the minds of investors, the ‘Aussie’s bullishness likely indicates that markets are not currently expecting the RBA to introduce another rate cut in the near future.

The Australian Dollar’s appeal eased considerably on Tuesday however, upon the release of the NAB’s July business confidence report. It revealed that confidence had fallen from a revised-down score of 5 to a lower 4, disappointing investors.

The Pound lost around a cent to the New Zealand Dollar on Monday, with the weak Pound slumping despite markets picturing a poor week ahead for the ‘Kiwi’ Dollar.

Despite last week’s solid domestic and commodity news, analysts widely expect the Reserve Bank of New Zealand (RBNZ) to cut the key overnight rate when it meets later this week. RBNZ rate cut bets surged in late-July, when the bank suddenly released an economic assessment that indicated the nation’s need for stimulus.

The Pound to Canadian Dollar exchange rate shed most of its recent gains on Monday as the Canadian Dollar finally fought back slightly thanks to news that there may be new oil production freeze talks.

With oil supply outstripping demand, prices of the liquid commodity have been slumping for well over a year now. This has also weighed on demand for the Canadian Dollar as a commodity-correlated currency. However, talks of a potential oil production freeze from OPEC to cap output and stimulate demand often influence brief rallies in oil prices even if the talks are not fruitful. CAD’s Monday recovery was likely weighed down by Friday’s underwhelming Canadian labour figures, which prevented the ‘Loonie’ from capitalising on the latest oil news. Oil prices began to slide again on Tuesday, meaning GBP/CAD has a chance of advancing in coming days.