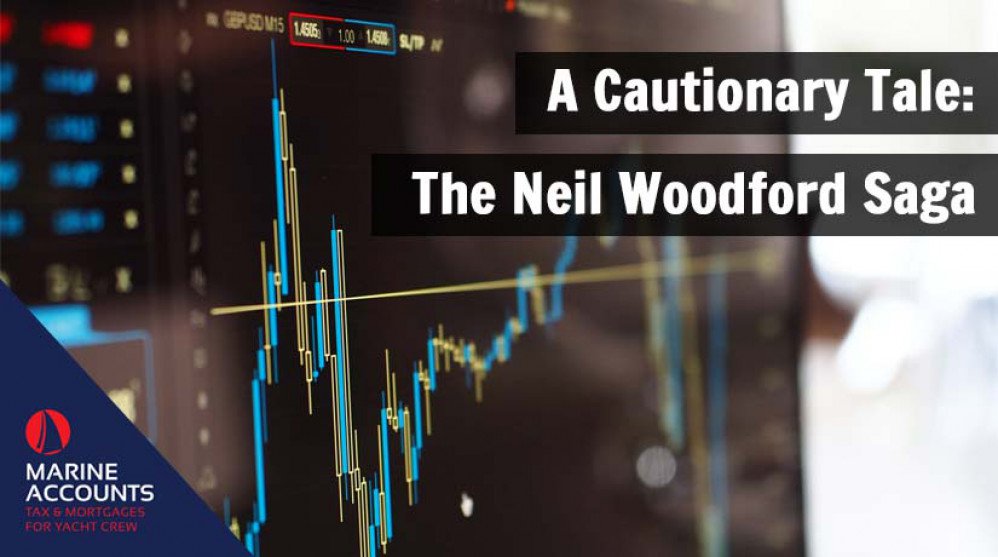 In this article we examine how managed funds and open-ended investment companies (OEIC’s) make decisions where your money is invested, and the relationships which influence these choices.

Read on to find out more about this story or click a jump menu below to skip chapter.

Who is Neil Woodford?

When Neil Woodford left the investment house Invesco in 2015 after 26 years, expectations for the success of his own outfit were high with his name being mentioned by some in the same sentence as American investment guru Warren Buffett.

Fast forward four years on, and Mr Woodford’s reputation now lies in tatters following one of the most spectacular falls from grace seen in the industry.

Where Do The Problems Lie?

The problems in Mr Woodford’s fund came to a head in March 2019 when the FCA identified that the Woodford Equity Income Fund’s holdings of unlisted or unquoted stocks sat a 17.9%, far above the 10% regulatory maximum.

The fact that Mr Woodford had attempted to list some of these stocks on the The International Stock Exchange (TISE) based in Guernsey, held little water in the view of the FCA.

Andrew Bailey, the head of the FCA, identified the fact that whilst these private companies were listed, they would still be categorised as illiquid investments as their stocks were rarely traded if traded at all.

What Have The Regulators Said?

Mr Bailey, speaking to the Treasury Select Committee, identified this strategy as a loophole in the regulation which Woodford had taken advantage of.

These types of investments are capped by the FCA due to the fact that they are riskier and harder to sell than stocks which are traded publicly.

This meant that Mr Woodford’s actions exposed the investments of his clientele to a far greater level of risk than the FCA would be comfortable with.

Where Does The Woodford Fund Stand Now?

With the total value of the fund now sitting at a miserly £3.46 billion, down from a May 2017 high of £10.2 billion, and having struggled to meet demand for cash withdrawals since the scandal, the fund has now frozen withdrawals until December at the very earliest.

But unsurprisingly, they have not frozen the fees they take in return for managing the investments.

Whilst negotiation has taken place with some clients, most notably investment giant Hargreaves Lansdown who have recently been vocal with regard to their view of this situation, many other clients now remain locked in until at least December, paying fees up to 2.7% of their investment with no opportunity to escape. 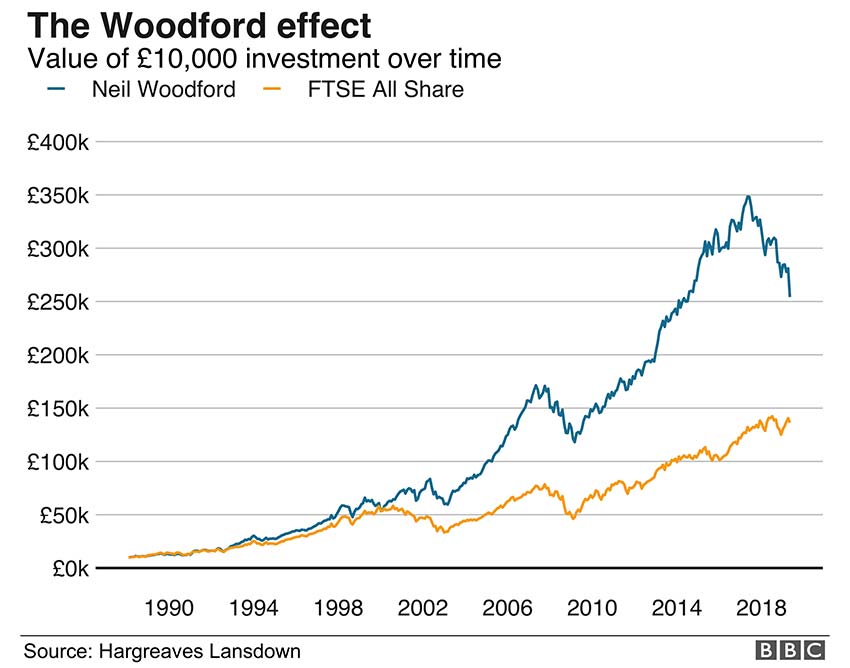 Hargreaves Lansdown have been one of Woodford’s most significant investors since the fund’s birth in 2015, with a £3.1 billion holding at that time representing 38% of the £8.15 Billion total fund value.

However, it may now be time to bring this relationship into the spotlight from an ethical standpoint.

When Hargreaves Lansdown reduced its 'Wealth 150 Buy List' to just 50 investment options at the turn of the year, eyebrows were raised at the continued inclusion of Woodford’s Equity Income Fund.

The inclusion also coincided with a drop in the management fees from an already discounted 0.6% to a new low of 0.5%.

Following 3 consecutive years of missed performance benchmarks, and whilst Hargreaves Lansdown continued to tout the Woodford fund as a strong investment option until very recently, other sources had begun to turn on Woodford.

BestInvest had placed the fund on their “spot the dog” report, reserved for investment options which once held a positive outlook but have underperformed, and can no longer be considered a viable investment.

In late June 2019, Chris Hill of Hargreaves Lansdown issued an explanation as to their continued promotion of Woodford’s fund.

But with the broker so heavily tied to Woodford that their holding has historically been declared in their annual report as a related party, questions must surely be raised as to the motive behind these decisions?

Whilst some investors, including management firm St James’ Place Wealth Management, were lucky enough to withdraw from the fund before the accounts were frozen, it is a certainty that many acting on the advice given by Hargreaves Lansdown earlier this year were not so fortunate.

With the relationships between these investment giants seemingly blurred into obscurity, it may be sensible to ask yourself "who’s looking after my money and who is my money looking after?” before entering in to an engagement with any likeminded managed fund.

Whilst Neil Woodford may be the centre of attention at the moment, it is difficult to imagine that the decision-making process in place here and the clear conflicts of interest described above, do not exist in the operations of many of his counterparts.

With the events described above in mind, when you next come to choose between a managed fund such a Woodford’s, or a do it yourself investment option similar to that offered by Hargreaves Lansdown, it may be wise to consider who is truly in control of your investment and whether their motive is to your benefit or that of themselves or another entity.

If you were affected by Neil Woodford’s Equity Income Fund scandal, we'd like to hear from you. Get in touch with us today or leave your feedback in the comments section below.

Liked this article? Try reading:
5 Ways to Make Your End of Season Savings Work for You