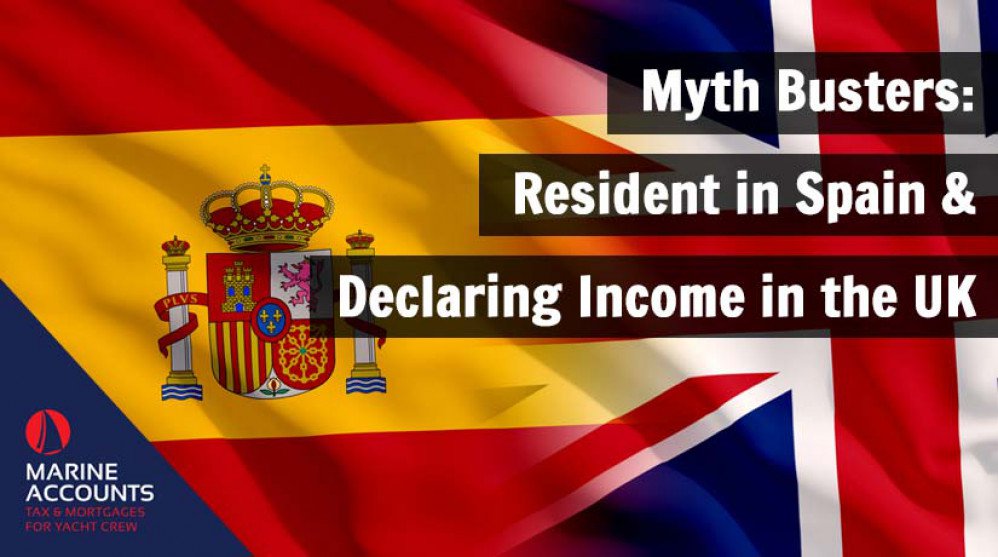 In a recently published article, we explained the Spanish system for taxation and how it will affect those who are working or resident in Spain.

Since then, we've had an increasing number of clients come to us for advice with questions such as “How can I maintain my qualification for the UK Seafarers Earnings Deduction (SED), whilst living or working in Spain?”.

The simple answer to this question is - with great difficulty.

It is easy to see why any individual working in the industry would prefer to declare their income in the UK; being that the UK system is one of the most forgiving in terms of taxation for seafarers.

Whilst Spain sits well and truly at the opposite end of the scale, with almost no tax breaks or allowances for its resident seafarers.

Further to this, we have been able to identify a common and very dangerous misconception amongst many yachties.

It is a common belief, that whilst living in Spain you are only obligated to declare the income which you have earned in Spain on your tax return.

It is absolutely crucial that we communicate to you now that this is not the case.

Living in Spain means that you qualify as resident in Spain for tax purposes.

As such, you are obligatedd to declare and pay tax on your income from anywhere in the world.

Failing to do so is nothing short of tax evasion. 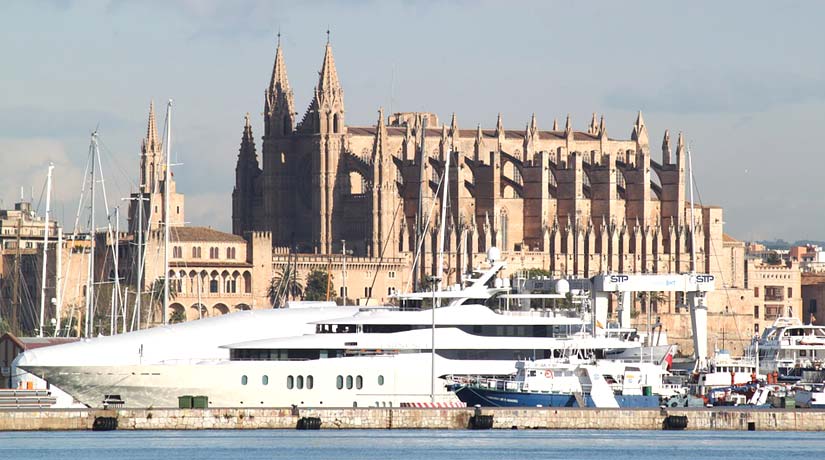 In February 2017, the Spanish tax authority announced plans to crack down on tax evasion, including identifying and targeting those who have falsely declared themselves as resident elsewhere.

An important starting point would be to understand your current Spanish tax residency status.

How do you become Spanish resident & liable for tax in Spain?

There are a few simple rules which are outlined below.

You are a Spanish resident for tax purposes if:

If any of these 3 rules apply to you, you will be liable to declare and pay Spanish tax on your income, no matter where in the world you were working.

For details on how much tax you may be liable to pay, please refer to our article Spanish Tax for Yacht Crew, published on February 25th 2018.

What happens when it goes wrong?

Recently we were approached by a client, who had been living in Spain for a number of years and declaring his income in the UK.

Working on the premise that being a UK national was a strong enough tie to allow him UK residency for tax purposes, he had presumed that the Spanish tax authorities would have no interest in his income… he was wrong.

Once the investigation began, the Spanish tax authority requested all information for a 4 year audit period, including evidence of his UK tax residency.

Being unable to provide this evidence, the individual was left wide open to an array of penalties, including his full tax liability for the last 4 years.

Having investigated their income, they were found to have a liability - a considerable tax liability.

The process is currently ongoing, but needless to say in order to cover such a large liability they are looking at having to sell a number of the assets which have been accrued over his working lifetime and there really is no position for negotiation.

Any appeal would be long winded and expensive, not to mention futile, given the fact he had been working and residing in Spain for the entire period.

To summarise, if you are a Spanish tax resident by any of the 3 rules mentioned above, it is essential that you declare your income to the Spanish tax authority, no matter where in the world you were working.

If you are declaring in the UK (or anywhere else) under the Seafarers Earnings Deduction (SED), you must be able to clearly demonstrate the following:

It is important to remember that the onus is strongly upon yourself as an individual to demonstrate that you are non-resident.

You will need to keep records of your work and dates in and out of the country.

If you are able to provide strong and clear evidence of your residency elsewhere, this would also strengthen your case.

Even if you do not meet the above criteria but are spending an amount of time which could be considered more than temporary working in Spain, you will need to plan for a possible investigation to ensure that you are able to satisfy the authorities should you come into their focus.

When it comes to your tax affairs, preparation and planning is the only way to keep your peace of mind.

As shown in the short case study above, by the time you are being investigated it is often too late.

If any of the subject matter of this article applies to you or you are living in Spain and are not declaring your income to the Spanish tax authorities, we can help review your situation and offer advice. Alternatively, let us know what you think in the comments section below, or get in touch with us.