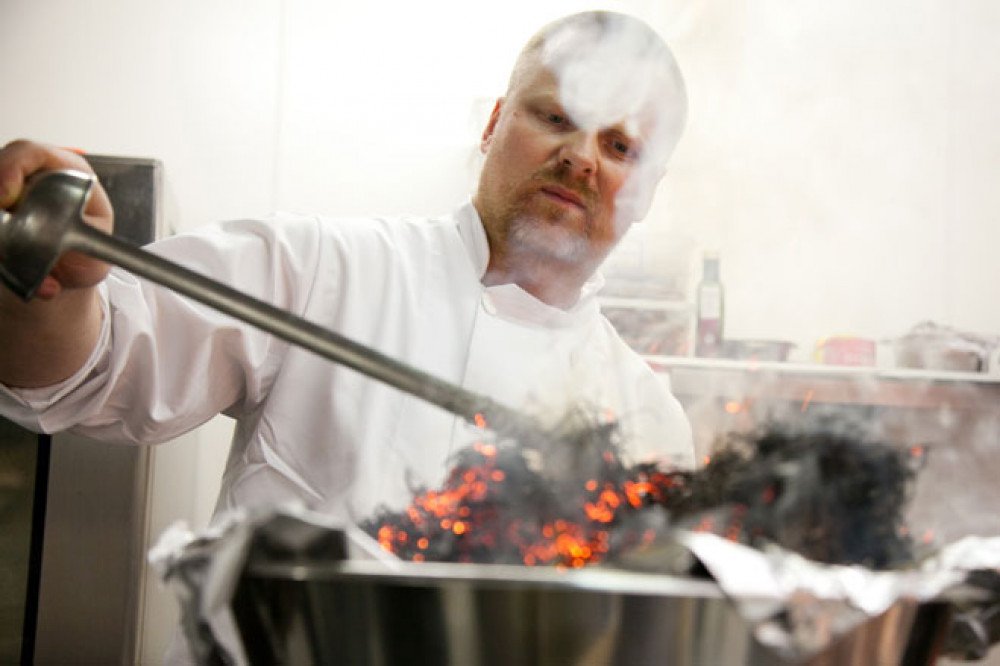 Chef Smiley, winner of multiple “What-The-Fuck-Is-This’s” from thousands of crew over an auspicious career spanning three decades longer than it probably should have lasted, has agreed to share a few of his secret recipes, “That are sure to encourage crew to make their own damn grub,” he says, laughing as he scratches an itch between his legs with a spaghetti server. With no further ado he launches into a feverish demonstration of terrible food creation.

Recipe #1: Some kind of meat

-Burn the shit out of it

-Put it in a dish. Cover it in water. Add peppercorns.

-Put it in the fridge so crew can poke at it for three days, try once late at night after a few drinks, curse the chef, and not touch it again.

Recipe #2: Soggy Sandwiches For Everyone

-Slice a very large, ripe tomato into sections large enough to use as door stoppers

-Put these in the sandwich, right beside the bread so they can really soak in.

-Put sandwiches in a dish. Cover them in water

-Put in fridge so sandwiches can be cold as well as fucking horrible.

Recipe #3: Celery In All Its Glory

-Put a whole thing of celery on a plate

-Call it a French word

-Look up what an Osso Bucco is.

-Wonder why life is so hard.

-Give up, make potatoes

Recipe #5: All The Donuts

-Buy some donuts at the grocery store

-Tell the crew to get their own fucking donuts, the bunch of whinging Prima Donnas.

-Don’t stop believing. Hold on to that feeling.

“Now I’m not saying these are all sure bets,” Smiley says as he chews a cigarette (‘The captain asked me if I smoked,’ he explains, ‘he didn’t say anything about chewing’). “But I will say this: Thirty-seven years in the business and no one’s asked me for seconds.”

If you are concerned about your residency status, use our online tax check: