Spanish Residencia & Spanish Tax Residency - Can You Have One Without the Other? 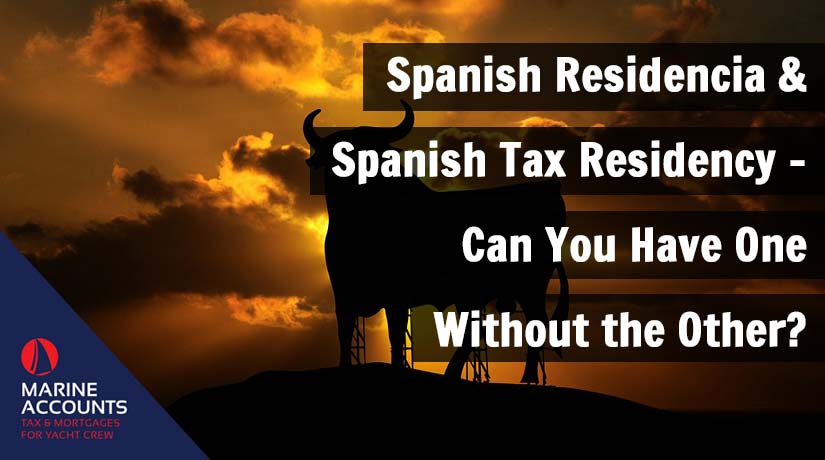 With the Brexit deadline now passed, the UK government is giving the clearest signals to date they intend to fully withdraw from the European Union (EU) within the next 2 years.

Many UK crew who have spent several years basing themselves in Mallorca or elsewhere in Spain for significant periods of time, are now considering the best way to enable themselves to continue to do so and what the real effects of Brexit will be on their tax and residency position.

One particular course of action being considered by many crew members is the option to make an application for a Spanish residency card, also known as 'Residencia'.

This is to confirm their current position and allow peace of mind in terms of easy access to the mainland moving forward, and the ability to continue as they have done up to this point.

In this article we will look closely at the potential implications of holding a Spanish residency certificate on a position of continued UK tax residency.

Whilst many of the changes which will take place after Brexit remain unpredictable, it is fairly safe to say that the residency tests applied by the Spanish tax authorities do not fall under this remit.

With no current conversation around changes in the legislation, if they are to be updated, Brexit will not be to blame.

At present, your worldwide income will be taxable in Spain if you meet any of the three following tests:

You will automatically be liable to pay tax on your worldwide income to the Spanish authorities if you spend more than 183 days in Spanish territory within a calendar year.

Under this test your worldwide income will be taxable in Spain if you are seen to treat Spain as your home.

Amongst other measures, the Spanish authorities may consider having a residence or dependent family in Spain, keeping personal belongings in Spain or spending more time in Spain than any other country when looking to make a case for your tax residency.

Under this final test you will be ruled a resident of Spain for tax purposes if the majority of your income comes from a Spanish source.

It is important to remember that in order to be ruled a tax resident in Spain you need to meet only one of the tests described above. For an answer as to your personal tax residency position, you can use our free Spanish residency test. 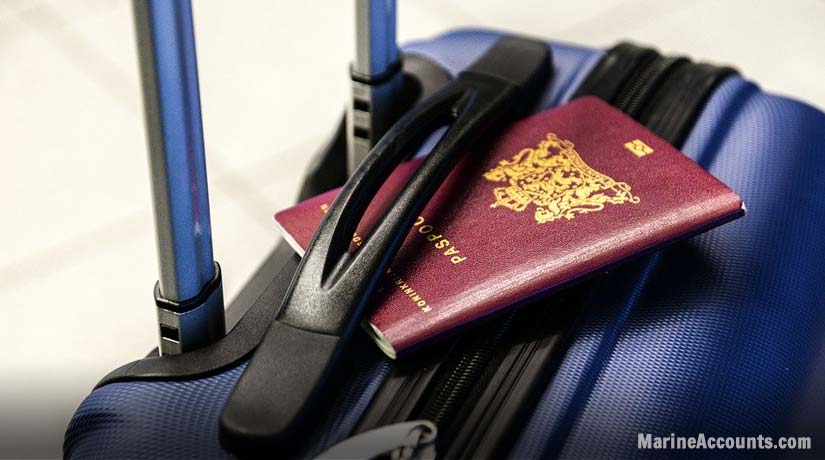 Applying for Residencia in Spain

With uncertainty amongst crew rife as to what the implications of Brexit will be in terms of spending extended periods in Spain following the UK’s full withdrawal from the European Union, an application for a Spanish residency card would seem to be a logical course of action.

But how will this affect your continued position of UK tax residency and eligibility to claim the Seafarer’s Earnings Deduction (SED)?

Having consulted with immigration experts from Spain and the UK, it is clear that the relationship between tax residency and residency from an immigration perspective is a complex issue.

The two different positions conflict when analysing your position under the 183-day test.

What Constitutes a Tax Resident?

As above, you will automatically become a Spanish tax resident if you are to spend more than 183 days in Spain in a calendar year.

As you would automatically establish a position of Spanish tax residency, you are obliged to apply for Residencia after spending just 91 days in the country.

This may suggest that you can continue in a position of non-residency for tax purposes whilst holding Residencia.

However, the key tax residency test to be applied in the situation of a UK tax resident holding a Spanish residency card would appear to be the ‘Centre of Vital Interests’ test.

Under this test you will be ruled to be a Spanish tax resident if you are seen to treat Spain as your home and your ties to the country can be demonstrated to be stronger than your ties to any other.

Holding Spanish Residencia would undoubtedly be seen to be a clear signal that this is the case and a strong indicator that the holder intends to treat Spain as their home moving forward.

Thus this leaves you exposed to an investigation by the Spanish authorities and a ruling which would be extremely unpredictable.

With no case law currently in place given the fact that a case is yet to be brought in front of the judiciary of Spain, it cannot be said with certainty whether or not a ruling would be made in favour of the defendant in any particular case.

It is however certain that any individual who had arranged their affairs in this way would be exposed to the possibility of being ruled to be in a position of Spanish tax residency, meaning their income from yachting and any other source would be fully taxable in Spain.

The implications of an application for Residencia will remain unclear until precedent is solidified in case law.

We’ll certainly be watching with baited breathe to see the results.

If you’re unsure as to your position with regard to Spanish tax residency, you can use our consultation service for an in-depth examination of your personal circumstances, Get in touch with us today or let us know your thoughts in the comments section below.

Liked this article? Try reading:
Why It's a Good Time to Buy Property in Spain

Spanish Residencia & Spanish Tax Residency - Can You Have One Without the Other?

With Brexit at the forefront of current conversations, many UK crew are looking at the possibility of applying for Spanish Residency. In this article we examine how that may affect your position when the authorities examine your tax residency.